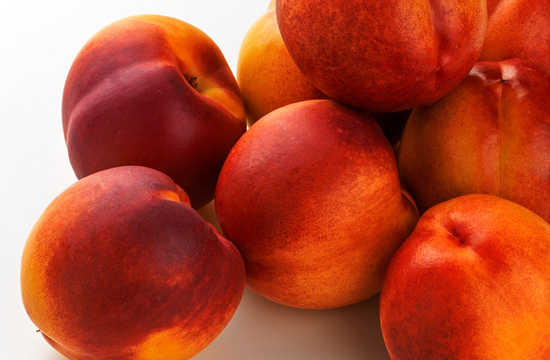 Nectarine
from May to September

The nectarine belongs to the same species as peaches, from latin “Persica laevis” it is commonly called nectarine or “peach walnut” because it has a smooth peel. It is not a hybrid fruit created in the laboratory, but rather it is a natural result. The lack or absence of hair is due to a gene which is called PpeMYB25. There are many varieties of nectarines which follow one another from May to September; the colour of the skin varies from yellow to dark red and they can have yellow or white flesh. Italy is the second largest producer after China (native home). Each nectarine contains 44 calories per 100 grams, moreover it possesses antioxidant properties, it’s mildly laxative thanks to the pectin fibre, but mostly diuretic.