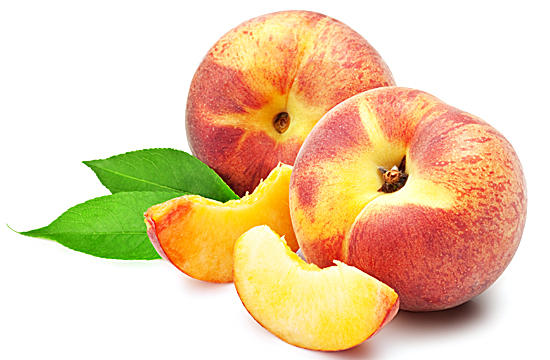 Peach
from May to September

The peach, from latin “vulgaris Persica”, it is native from the region of North West China. The deciduous tree arrived from the East in the wake of caravans up to Persia, and later in Europe. The name comes from the “Persian” species, understood as the “apple” or “Persian apple” (resumed today in many Italian dialects). It is said the fruit arrived in Rome in the first century a.D., but it was thanks to Alexander the Great that its cultivation spread throughout the Mediterranean Sea basin. Its maturation is between May and September, there are many varieties which follow one another in this time frame. it can have white or yellow flesh and yellow or red skin. It contains about 39 calories per 100 grams. It has anticancer properties, help the immune system, it is antioxidants, reduces bad cholesterol and has digestive and diuretic properties as well.